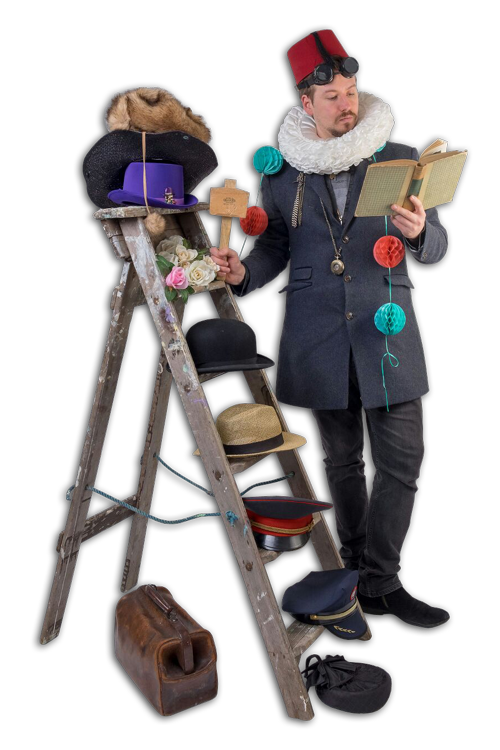 “ The greatest single acting performance I have ever witnessed on stage, a powerhouse of a performance! Simply phenomenal. ” - Richard Mylan

"For me personally, the star of the night and one which needs a huge mention has to be Stefan Pejic who carried the character of Captain Hook to utter perfection. His demure, voice control and costume was so realistic that the kids hid in horror every time he came out. He also reminded me of Johnny Depp from Pirates of the Carribean throughout his performance which was commendable."
- Yeahlifestyle

"The other stand out star of this production is Stefan Pejic as Captain Hook. This guy not only has an incredible voice but a beautiful charisma on stage that captivated the audience and also drove the show and the story forward.
Certainly the stand out star in terms of acting in this cast.
Stefan Pejic is 5*"
- Alex Belfield, CelebrityRadio.Biz
The No1 Theatre Reviewer in the UK and Las Vegas

"A truly charismatic, menacing Captain Hook, brilliantly played by Stefan Pejic. It's a standout performance and the highlight of the night."
- Neil Bonner, TheStage.co.uk 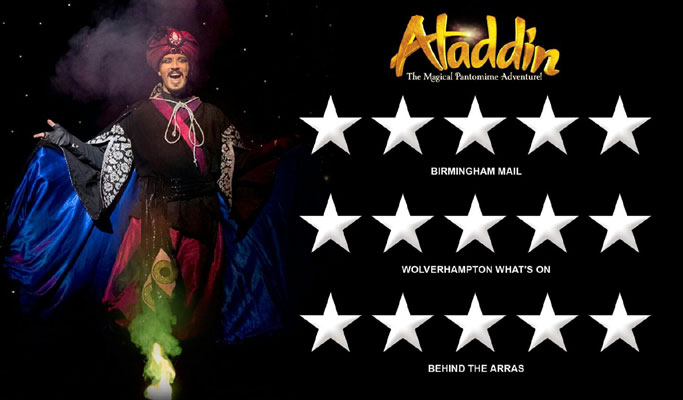 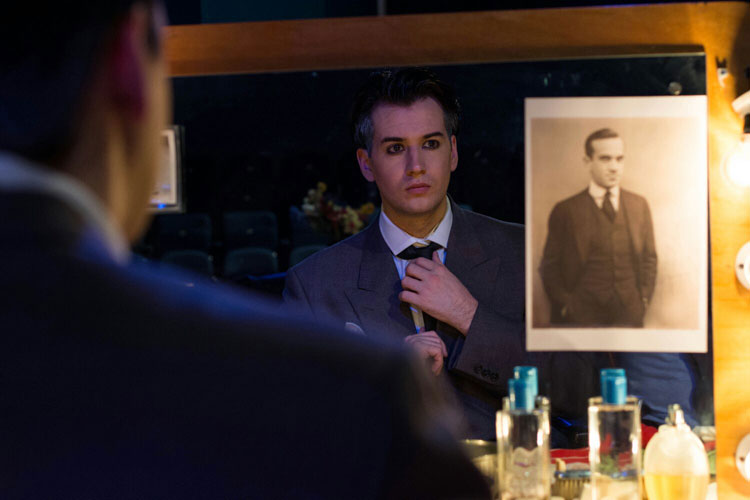 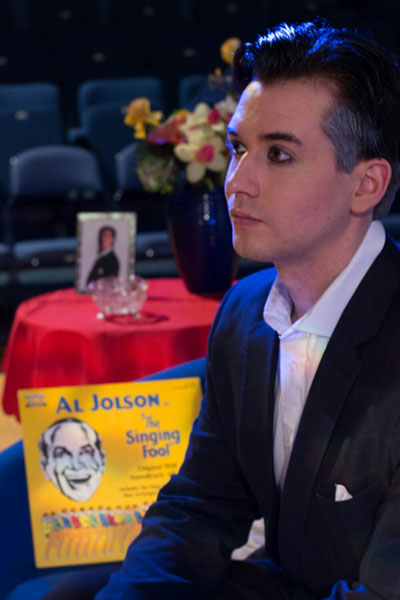 The Other Jolson. A new Play from Fluellen Theatre Company.
"Stunning", "Outstanding", "A captivating performance"

“ The Musician hits all the right notes, a must see ... The musical that will go from Wales to the West End ... The Musical has the X Factor ” The Huffington Post
“ This story covers issues that are important to me and I wish the cast the very best of luck for the run ” Michael Sheen - Actor
“ Creative people have to push boundaries. It is their lot in life... and this is exactly what the creative team of 'THE MUSICIAN' have succeeded in doing!... 'THE MUSICIAN' is an inspired creation of modern musical theatre with a captivating storyline that will most certainly entertain a world full of musical theatre audiences for a long time to come... The same audiences that are continually looking for the NEW! The ORGINAL!! and the next step in musical theatre's evolution, will find all of that and more when visiting 'THE MUSICIAN' at the Taliesen Theatre, Swansea, Enjoy (I'll see you there?!) x ” Peter Karrie - Actor
“ A homegrown Welsh musical, all about true friendship, love anf the ups and downs of this crazy industry, but above all true Musicianship. With great songs and a live band. It doesn't get much better than that! ” Ria Jones - Actress

“ A confident and commanding performance from Stefan Pejic ”
“ Pejic has an instant rapport with the audience and lit up the stage each time he came on ” Wales Online
“ A word of special praise for Stefan Pejic, whose portrayal of Alfie is nothing short of mesmerising ”
“ A delightful jester whose jokes are silly enough to raise a multitude of giggles ” The Stage
The Merry Wives of Windsor: “ Stefan Pejic's tormented love of a print out of his beloved was an underused comic highlight ” Mark Rees, This Is South Wales
“ Stefan portrays Dan brilliantly with the right amount of charm and juvenile emotions ”
“ The performances are excellent throughout and the children are soon out of their seats cheering Jingles the Jester, a hugely likeable Stefan Pejic ” The Stage
“ Stefan Pejic brings his vocal ability and talent for accents to bear upon his portrayal of the brooding Jud Fry ”
Robinson Crusoe: “ Stefan Pejic - a versatile actor who, in this reviewer's opinion, is destined for great things - is excellent as a Johnny Depp style Captain Jack ” Graham Williams - Wales Online
“ As worn-torn young lovers Alfie and Lizzie, Zoe George and Stefan Pejic worked together with great simpatico. 'You'll Be Mine' was a real ear-worm, still replaying in my head and Stefan Pejic delivered it superbly ”
Cinderella: “ Leader in chief of the merry making was lovelorn Buttons played with real Welsh charm by the excellent Stefan Pejic ” Wales Online
“ The comedy in panto is obviously very important, and I have always believed that funny men are better for panto than men that say funny things - but in the role of Simple Simon we had a talented young performer who was both. He coped well with the slapstick, with physical humour and with delivering some witty one liners. Stefan Pejic seems to be another local hero in South Wales and after seeing him on stage I don't doubt why. The look, the voice, the audience interaction were all first rate and even when things went wrong he showed great stage presence and made us laugh all the more ” Panto Review by Drew Baxter
Cinderella: “ But of course it's Stefan Pejic's frantic Buttons that gives the kids the biggest laughs. Another smiling and energetic performer, he's a big hit with all the kids in the audience both young and old. He remains smiling right to the end when the girl he loved marries someone else. I have always felt Buttons deserves a better ending than this ” Michael Killigan, Theatre Wales
Sleeping Beauty: “ But the real stars of the show were Stefan Pejic as boys' and girls' favourite Josh the Jester and Vern Griffiths as the formidable Nurse Nanny Nora ” The Stage