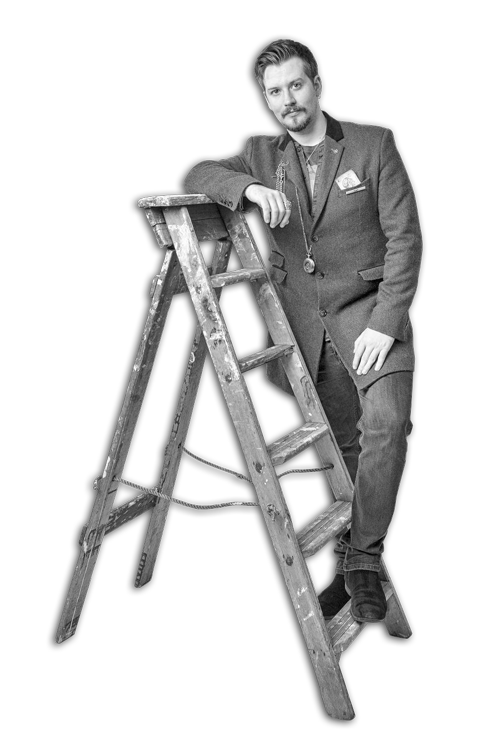 Stefan is one of Wales' most versatile and sought after performers. A theatrical character actor whose recent roles include Al Jolson, Captain Hook and Dr. Frank N Furter, with a career spanning nearly 30 years, covering everything from acting in TV shows, commercials, feature films, starring in plays both appearing in and co-writing musicals.

Stefan is widely known for his work as an improvised immersive character actor and tribute performer on the Global Corporate scene, and as the "Comedy Registrar" writing and performing bespoke wedding scripts and marrying couples as everything from Jack Sparrow to Gwynn Jones.

Stefan left school aged 13, he has also battled dyslexia, high functioning autism, ADHD and mild dyspraxia, but in spite of this he has never been out of work.

He was the youngest ever Butlins redcoat at just 13 years old, which later lead to performing comedy and magic in his early teens in London's West End and getting booked for big corporate events for companies such as Sony, Disney & Coca Cola. His work has lead to wide spread artistic acclaim as far as Oslo, Zurich and the US.

Stefan is Co Director of the Mellin Pejic Agency A talent Agency for young performers that attend classes at the affiliated company MTA ( Mellin Theatre Arts) Where he is also Head of Drama.

For stand up comedy bookings and MC for corporate events, please contact info@stefanpejic.com